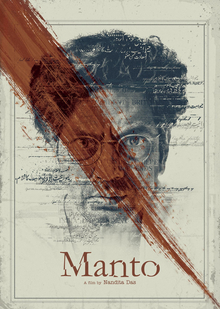 Sacred Games’ Nawazuddin Siddiqui continues his epic form into Manto (2018), an Indian flick on the Pakistani writer Saadat Hasan Manto, written and directed by Nandita Das. The film mainly focuses on post-Partition India and how Manto was affected by the sudden division of the pro-Hindu and pro-Muslim countries.

Notable Aspects of the Film

In conclusion, Manto is an unparalleled, no-holds-barred take on a writer who moved to Lahore from Bombay, and whereas other Muslim authors preferred to write patriotic poetry and/or on topics like the plights of the newly-formed nations’ citizens, Saadat Hasan Manto upped the ante by focusing on those people in the society whose tales weren’t read about on paper. He wasn’t afraid of writing about the taboo; a stance which led him to being tried for obscenity in Pakistan for a record three times!