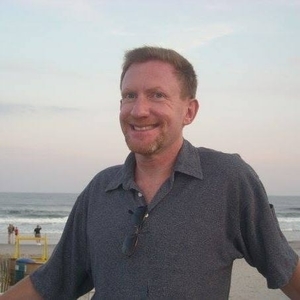 Q1. Brett, it’s wonderful to have you with us for this Q&A. Please tell us about your humble beginnings as an author.

I did not begin writing novels until about ten years ago. After reading the works of some of my favorite writers, I simply challenged myself to see if I could do it. Being accepted by a small but established third party publisher, and having received such universally favorable reviews has been gratifying and humbling.

Q2. You have written at least six detective novels of which I am aware of. What and/or who influenced you to write in the mystery genre?

The noir novels of Raymond Chandler, James M. Cain, and Dashiell Hammett, among others, and their dark, sardonic views of the world really resonated with me.

Q3. Your story, The Last MAN On Earth (2019), is a combination of multiple genres. How did you approach this plot and what was the inspiration behind writing it?

I had an idea of having one man live on a planet of females. Wishful thinking some have called it.  The trick was how to make that somewhat plausible. So I came up with the scenario of having NASA search for “the most average person in America” to determine the effects of extended space travel on the general population. Our hero was thus chosen; while he was in space for three years, unbeknownst to him and for unknown reasons, all of the human males on earth died. Thus, when he finally lands, he is in fact, the last MAN on earth. The irony being that after an initial period of popularity, his novelty wears off, and women basically ignore him as they always had. I also explore how society improved for the most part with women running everything, as I am sure it would. A terrorist group, SLAM (Sisters Linked Against Men) actually caused the devastation, and therefore an element of suspense is added to the social satire and sci-fi aspects of the book, as they come after him to finish the job.

Q4. Which writers have influenced your storytelling the most?

Raymond Chandler’s alienated tough cynicism, James M. Cain’s exploration of the duality of human nature, especially when love and sex are thrown into the mix, and Elmore Leonard’s crackling dialogue, great pacing, and rough hewn humor have always been my primary touchstones as I write.

Q5. Any advice for aspiring authors?

I find that most fledgling authors are not open to constructive criticism. While it’s important to stay true to your vision, we should all be open to honest feedback if we expect to get better.

Q6. What are your hobbies besides reading and writing?

I love music (which is the backdrop for several of my books), sports, politics (which comes into play in The Last MAN), movies, the outdoors, and spending time with family and friends. Nothing crazy.

Q7. Tell us about your upcoming projects.

I was afraid of this question. I am currently writing a modern retelling of Don Quixote, with my detective protagonist Phil Allman in the role of Don Q. I was drawn to that story’s theme of one man, perhaps delusional, trying to salvage the romance and chivalry of bygone days; today’s coarse, perhaps overly hedonistic world has me sometimes wishing for the same. It’s my most challenging writing project yet, but it’s progressing. Albeit slowly.