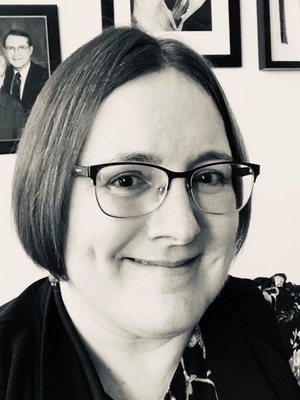 Q1. Gemma, it’s wonderful to have you with us for this Q&A. Please tell us about your humble beginnings as an author.

I was born in 1968, in England, though I’ve lived most of my life in Toronto, Canada. My parents are both actors, so I was raised with the idea that art could be a job, and I made my first professional sale at the age of eleven (a poem, “Earthquake!”, to Cricket Magazine). As a young woman, however, I thought it would be a good idea to have something steady to fall back on, so I trained as a journalist (ha!) and was a film critic with Toronto’s now-defunct local culture magazine Eye Weekly for roughly nine years (double ha!). Halfway through that time-period, I also began teaching (film history, Canadian film history, screenwriting, TV series development) and made my first fiction sales as an adult, as well as writing TV adaptations of two of my short stories for The Hunger, an erotic horror anthology series produced by Ridley and Tony Scott. Still, it wasn’t until I lost both my position as a critic and my job as a teacher—coincidentally, around the same time that my son was diagnosed with Autism Spectrum Disorder—that I began to write fiction “for a living.” Since then, I’ve published five novels, four collections of short fiction and three collections of speculative poetry, as well as winning the 2015 Shirley Jackson Award and the 2016 Sunburst Award for Best Novel (for Experimental Film).

Q2. I loved reading your story Cut Frame, published in the anthology Final Cuts (2020), edited by Ellen Datlow. Can you tell us about your writing process in relation to that tale?

Film has always been a huge thing for me—I was raised in the era before VCRs, so some of my earliest memories are of going to movies I liked upwards of 25 times in the theatre, less so I could study them than so I could inhabit them. I’m also an autodidact, so I started reading books and magazines about movies for fun and building a physical film library long before I ever began analyzing films for money. So “Cut Frame” follows on from a bunch of pieces I’ve written about filmmaking, including “each thing I show you is a piece of my death,” “The Church in the Mountains” and (of course) Experimental Film itself. The minute Ellen asked me to contribute to Final Cuts, I knew I wanted to do something set during the Canadian Tax Shelter Era, which is when people like David Cronenberg first came to prominence; it was a brief, shining moment in our history when the federal government decided to try and jump-start “Hollywood North” as a globally competitive centre of English-language film production by offering anyone who invested in a Canadian movie a hundred-percent return tax write-off. Naturally, this led to a flood of films produced without any sort of oversight, many literally unreleasable, some of which have since become classics, but a lot of which were dismissed at the time as pseudo-American genre garbage. I liked the idea that one of these movies might have hidden the last performance of a former American B-movie cult actress who was something a little more (or less) than human, so I spun the story around a bunch of stuff I like—the movie The Mask (1961, Canada’s first 3-D film, starring one of my parents’ friends); Cronenberg’s Tax Shelter era films (Shivers, Rabid, Scanners, etc.); the fact that director Guy Maddin cast Film Noir actress Ann Savage in his semi-autobiographical “docu-fantasia” My Winnpeg; the low-budget 1940s horror films of Val Lewton (Cat People, The Seventh Victim, and so on). During the Tax Shelter Era, people used to joke about dentists becoming film producers so they could hide their money during tax season, so I made the main narrator a dentist, and then I added an interviewer character from the Freihoeven Institute, a place I made up for the stories in my mosaic novel We Will All Go Down Together. One from column A, one from column B, mix well and bake—that’s often the way things go, when I’ve got a deadline.

Q3. Which writers have influenced your storytelling the most?

Read widely, especially outside your chosen genre. Write consistently. Don’t throw anything out—it’s all useful eventually, even if it only shows you what you’re most fascinated by. You can fix bad writing, but you can’t fix no writing. Don’t be afraid to write pastiche of the people you love until you start to recognize your own voice, then cut away everything that doesn’t sound like you. Listen to people tell their own stories in their own voices, even if you don’t think you’re going to be interested—it will teach you how people who aren’t you express themselves, as well as what they care about, and why. Be patient, polite, professional, and as kind as possible, to yourself and everyone else.

Q5. What are your hobbies besides reading and writing?

I sing in a couple of choirs and take vocal lessons on my own, specializing in folk music, world music (Balkan in particular) and Mediaeval music. I also make jewelry, and over the pandemic I’ve finally started drawing and painting again, after years of not thinking I was good enough to bother trying. That’s also pretty much how I got back into singing again, ten or so years ago, so I feel like it bodes fairly well for the future. Other than that, a lot of what I do day-to-day has to do with trying to support my son’s development. The good part is that he’s sixteen now, tall and handsome and funny and gentle, as well as very musically gifted. The more difficult part is that he’s a natural performer who doesn’t like to talk and gets shy around people he doesn’t know, plus having the usual ASD difficulties with paying attention and getting overwhelmed. But he’s the love of my life, and he’s made me a much better person/writer than I ever would have been without him.

To order a Palm Reading, Astro-Numero Report or Chinese Zodiac Reading from me please visit this page.