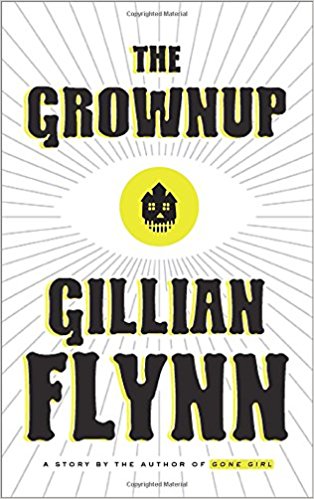 Having already read two of Gillian Flynn’s novels: Gone Girl and Dark Places, I wasn’t surprised that George R.R. Martin had asked her to write a story for his anthology Rogues. Truthfully, I’m a devout fan of Flynn and she’s my favorite female author, not that I point out genders relative to work of art but the only other female writers I read are Patricia Cornwell and Agatha Christie.

Both of them are writers of mystery but Flynn has her own originality, and that’s why I’m also satisfied with her having released only three novels by now, unlike Cornwell whose works keep on getting repetitive title by title, though I can’t say the same for Christie as I haven’t read her bibliography as much as I’ve done the former’s.

Flynn is a bad-ass. With Gone Girl she proved that women can be as evil as men, and might even be more cynical. And with Dark Places she showcased one of the most unpredictable novel endings ever. Sure, some of her twists in between the plots were foreseeable, but the conclusion always leaves the reader wanting more, and in my case, thinking what would’ve happened if there was a sequel.

In The Grownup, Flynn proves she can start a story as awesomely as she can finish one, as you can see from this opening statement:

So, we’re identified with the main character’s personality in just one line, and that’s where Flynn succeeds: in telling us more about human nature with less words. The Grownup tells the story of a fortune teller trying to trick a rich woman who believes her house is haunted, but things quickly start to backfire.

And even though majority of the twists in the middle portion of the short story were heavily clichéd, Flynn showcased her trademark flair by penning these scenarios in a dusky, cynical way. If satire is used to speak truth in a humorous way, then Flynn is the only writer who can depict the utmost cruelty of humanity, but still end up making you laugh.

I found The Grownup to be entertaining like a short film. But just like the finest short films, The Grownup had a deep message, and that is: karma is a bitch! If we put ourselves in Nerdy’s shoes (or hands for that matter), we can see events from her point of view with greater clarity.

She’s a fortune teller who doesn’t even believe in fortune but is a cold reader. And Miles, the stepson, himself is a cold reader, who tries to convince her that his stepmom Susan who hired her is a cold reader. So yeah, if you try to explain the short story, you’ll end up making a tongue twister.

Overall, The Grownup in regards to content might be just another ghost story, but the way it’s written really places Flynn among the elite of her respective genre. I won’t be surprised if years later we find a new word in the dictionary: Flynn-esque.