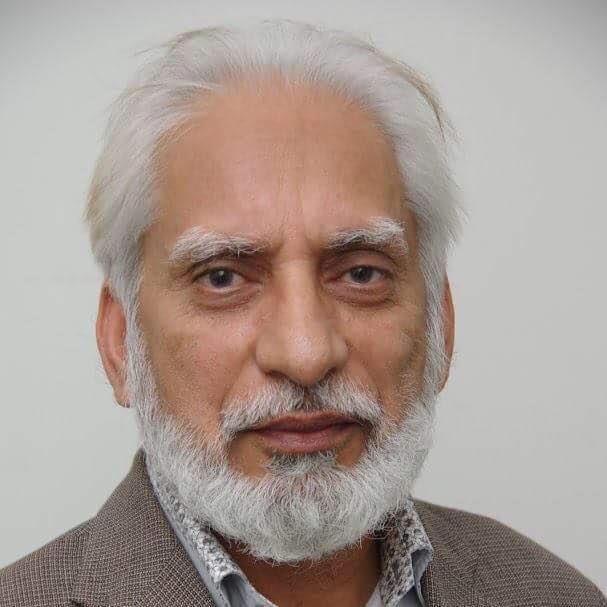 I had the good fortune of interviewing Azhar Niaz during my stay at Islamabad. He has worked for multiple well-reputed organizations such as Radio Pakistan and PTV. He also has the privilege of being the director of PTV’s first private production titled Nashaib (Slope). Currently, he is the Head of the Radio Department at Riphah International University, a position he has held since 2008.

In this session, we talk about his journey not only as a media-professional, but also as a critical thinker and literary artist. Read on further to get that inspiration you need in order to confidently enter the world of creativity.

Thank you for having me on this platform, Nisar. Well, I grew up in a village in my home country, Pakistan. Majority of the inhabitants weren’t generally interested in studying but my father wanted me to become a learned man. This is because he himself was mystical in nature. He used to tell me stories in my childhood and teenage years. So, you can say that the home environment really aided in guiding me for what I wanted to do later on.

Again, it was due to my uneventful lifestyle that I became determined to broaden my horizons. So for my 9th grade,  I enrolled in Tameer-e-Millat High School which is located in the city, Rahim Yar Khan. There, the environment was so brilliantly stimulating that I gained a newfound interest in pursuing my education to the fullest.

I decided to go to Karachi and I enrolled in Sindh Medical College which is presently known as Jinnah Sindh Medical University. My father actually wanted me to become a doctor, but after two-to-three months there, I realized that medicine is not for me. So, I took all my science-subject textbooks and I made a request to the person behind the counter of the local bookshop, to exchange them for art-related books.

Then I came back to my dorm-room and wrote a letter to my father: “There are many brilliant people in the world who are not doctors, but are still living a scholarly lifestyle, and I want to become one of them”.

And I knew he must’ve agreed as I never got his reply to that letter back then.

So, after spending two years in SM College, I finally registered at the University of Karachi as an Honors student. I chose psychology as my major and my minor courses ranged from sociology to international relations. At that time, these were modern subjects in Pakistan so I wanted a taste of the latest liberal arts.

At UoK, there were many students who interned for Radio Pakistan. There was a lot of diversity there in terms of studies. For example, I didn’t take Urdu as a subject there, but I became acquainted with many professors of Urdu. I was very close to students of journalism and English as well. So, during breaks, many of my university colleagues brought their short-stories, poems, etc. and recited them where we sat together in the canteen. We also formed our own literature club called Pak Tea House.

There, we met a senior student who introduced us to international poetry. I used to dabble in romantic poetry at the beginning. But then I was introduced to Hindi poetry, Latin poetry, and others. I was mesmerized by how richly diversified literature was and still is.

I started writing short-stories as well. On a suggestion of a friend I started penning critiques on literature. One such article I mailed to Ahmad Nadeem Qasmi—who is considered one of the giants of Urdu literature—and was also the editor of the magazine, Funoon, back then. Funoon ended up publishing most of my essays. Mr. Qasmi used to send me back letters of encouragement, saying that I was on the path to becoming a great literary critic. But I stopped writing critiques shortly after. Primarily, because I had lost interest in criticizing and gained momentum in pursuing creative writing.

Not at all. In fact, my university life was a factor in my choice to get into radio. I, along with other students, started working for Radio Pakistan during my university off-hours. Radio Pakistan is the first public radio broadcaster of Pakistan. Its initial branch had debuted in Lahore and later on expanded to other major cities such as Karachi, Hyderabad and others.

Despite it being a tedious challenge to balance studies and work, I still managed to make time for writing. My short-stories were getting published in local magazines such as the afore-mentioned Funoon, Nai Qadrain, etc. I would like to say that without having entered UoK, life would have been dull indeed.

I also had my first journalistic experience during those days. My classes were in the morning so in the evening I wrote a column that appeared in Daily Jasarat, an Urdu-language newspaper, headquartered in Karachi. The target audience for my articles were children.

I think the reason for me pursuing arts and not going into a scientific field also owed to the fact that my parents were well off financially. Money was never a burden for me so I never had any monetary aspirations. I think helping other people in their artistic endeavors also allowed me to follow my dream of becoming a teacher later on in life. One time long ago my parents sent me 10,000 PKR so that I could purchase a motorcycle. But I ended up using that money to help my friend get his poetry collection published.

If you’re in it for the money, or aiming for a stable career, then I’d suggest not going into liberal arts. Whether writing literature, teaching my students how to broadcast their voices across the country, or my time directing/writing productions for PTV, my aim has always been towards the betterment of society. So, if anyone is interested in getting into this field, they should not think about failure or success, as it’s the effort they put into their creative potential that counts.