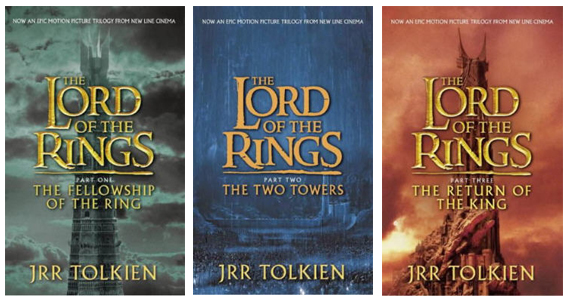 After playing the video game, The Witcher III, I developed a newfound interest in the fantasy genre leading me to consider fantasy novels such as Harry Potter and The Lord of the Rings. So, after much reluctance (because of the huge size and antiquity of the book), I finally decided to pick up the famous trilogy that was lying – and collecting dust – on my bedside table. I have never seen the movie trilogy either so I did not know what to expect from the book (apart from the various memes and quotes that circulate around the internet) but after reading the trilogy I am very interested in watching the cinematic adaptions too. However, I did find issues with them, which were mainly caused by me being a current-generation reader. Therefore, do not consider this article as an in-depth analysis of this novel but rather as a review from a reader of the current generation.

The Good: The characterization in the novel – which supported with the lore – is the highlight of the novel for me. Tolkien does a brilliant job of bringing every character to life and giving each a unique personality that resonated with me. He also provides backstories for most of the characters which is something that further me into the story. The ‘bromance’ between Gimli and Legolas (both belonging to opposite sides of an ancient enmity), the innocence and loyalty of Sam, the wisdom and cheekiness of Gandalf, the conflicts of Boromir are all examples of some of the spectrum of personalities and relationships among the Fellowship of the Ring. The plotline of the novel is also intriguing in which readers meet various interesting characters and explores unique locations which truly makes the journey enjoyable as well and the ending to close this journey has to be one of the best I’ve ever read. Tolkien also manages to create dread among readers about the antagonists of the novel. I truly felt the fear through the characters when they first meet the Black Riders and although we never actually meet Sauron (the main antagonist) directly, I still truly felt the terror that was instilled into everyone because of his evil actions that affect everyone in the land. Similarly, the novel also has a lot of wholesomeness in plenty for readers to enjoy, something I haven’t really encountered in novels I’ve read nowadays but is a pleasant change from them.

The Bad: There is a saying ‘Less is More’ and these words describe what I feel that the length of the novel should’ve been. Tolkien goes into so much detailed description when describing the journey that I would get confused when I tried to imagine the said description in my mind. He also does this in so many sections that I often found myself yawning and eventually after getting frustrated, skimming through them to get to the next major event. This I found myself doing particularly in the second book which was a shame since it had lots of fantastic moments that were diluted by these long-running sections. This could be mainly why the movies were such a success as they do a lot better with the time-lapses but again, I can’t say because I have not seen those films yet. Moreover, I found the songs that appear in the novel boring though I can understand that these would be enjoyable to readers of Tolkien’s period or those who enjoy such content. Furthermore, I had a lot of difficulty in reading certain parts of the novel because of the Medieval English used by the writer. Although this does give the atmosphere and characters a unique feel, I feel it would definitely challenge readers of the current generation when reading this novel – particularly those who are not a fan of Medieval English. I recommend keeping a dictionary handy when reading.

Overall, having read The Lord of the Rings, I can say that, even now after sixty years of being published, the novels are pleasant, wholesome reads and also worthy of the critical acclaim that they have received. The characterization and lore within the books is compelling and can be confirmed to influence various works of fantasy even now. However, I felt that the novel could’ve been one of my best ever reads if the long-running sections of descriptions had been cut down as they add long gaps between the sections of the storyline that matter. I look forward to watching the Oscar-winning trilogy that I have heard so much about.