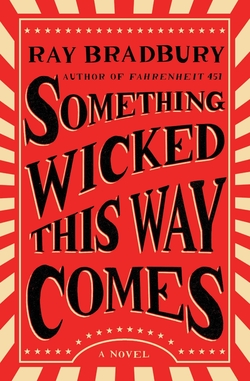 I read this statement on Ray Bradbury’s Wikipedia page: Upon his death in 2012, The New York Times called Bradbury “the writer most responsible for bringing modern science fiction into the literary mainstream”.

Looking at the above, it doesn’t come as a surprise that SWTWC didn’t have as much as an impact on me as F451 did as the excerpt already suggests that Bradbury was more of a science-fiction pioneer than a horror-literature specialist. I also think that other writers, such as Stephen King and Clive Barker, are better at penning the macabre than Bradbury.

The best aspect about SWTWC is undoubtedly the characters. My favorite was Charles Holloway as he served as the primary vessel of philosophy in this narrative. Jim and Will were fun to read about but their character designs were clichéd. The villains were cleverly constructed and something about their characterization reminded me of Clive Barker’s writing style.

But what ruined the book for me was that it jumbled too often between horror and comedy. Like there were times when I wanted more dread in the story, but then the tale took on a humorous tone. Thus, the novel would’ve fared better if the shock factor was much more consistent throughout the book, allowing for its horror label to be justified.

All in all, the main reason that I think this novel isn’t the epitome of horror is because I’ve read superior entries in this category, and hence I have assigned it an average 3-star rating.