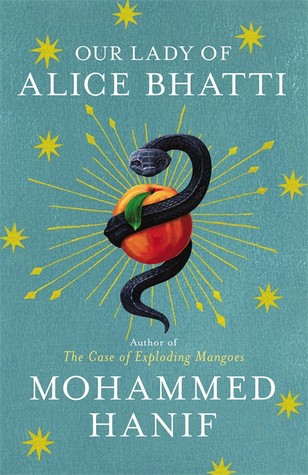 I consider Mohammed Hanif the best Pakistani writer to ever write in English – he is undoubtedly underrated in terms of being an Asian scribe whose first language isn’t English.

Our Lady of Alice Bhatti (2011) is centered on the eponymous character who is a Christian (a minor caste in Pakistan). Set in the backdrop of a poverty-stricken public hospital, this novel tells the story of her tenure as a nurse there; especially focusing on her interactions with other intriguing characters such as Teddy Butt, a young peon, and a senior sister known as Hina Alvi.

Despite Hanif’s success at emphasizing wit in every sentence, Our Lady of Bhatti is a far cry from being a must-read novel, and is instead the epitome of a second novel that doesn’t live up to the quality of its predecessor. The plot is heavily clichéd albeit brilliantly paced. The book is also very predictable in terms of the events that take place. If anyone was to read this without knowing that this is the author’s sophomore attempt, they would certainly mistake it as his debut.

Yet, the overtones of the hardships that minorities go through in Pakistan are superbly presented on the surface. Hanif leaves no stone unturned in his beautiful penmanship that is more satirical than any other Pakistani wordsmith composing words in the English text.

However, the major demerit of this novel is its inability to introduce us to something new. The whole yarn seems recycled off of older and finer constructed stories. Instead of presenting a new subplot or showing advancement in the main plot—a similar series of events keep repeating and you feel that the primary individuals are stuck in a never-ending loop. Maybe this book would’ve been superior as a novella.

I was introduced to Hanif after reading his bestselling A Case of Exploding Mangoes (2008) which narrated a semi-fictional account on the real-life Prime Minister of Pakistan in the 70s-80s era: Zia-Ul-Haq. Our Lady of Alice Bhatti is more humorous than serious and lacks the equilibrium of these two factors that otherwise made Hanif’s initial novel such an unputdownable read.

To end with, I will always recommend potential Hanif readers to check out Mangoes as it’s his magnum opus, whereas, Alice Bhatti is a monotonous social commentary on the lives of Christian minorities in Pakistan, and Hanif’s journalistic tendencies constantly overshadow his literary flair here.