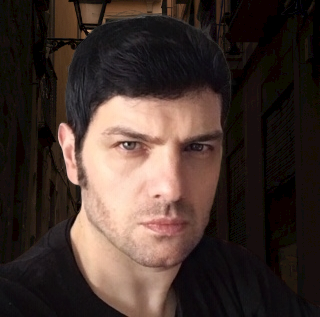 Q1. James, it’s wonderful to have you with us for this Q&A. Please tell us about your humble beginnings as an author.

Many thanks. It’s quite an honor. My beginnings? Uh, well…that’s a great question. I remember writing stories when I was in grade school. My father had aspirations about being a writer himself. He had stories published in Alfred Hitchcock’s Mystery Magazine many years ago. He was the one who got me interested in reading. He was the one who really made me fall in love with the written word. So I guess you could say it all started with him. He was a monumental inspiration to me.

No other writer comes close to Poe in my eyes… yet I don’t feel his presence in many of my stories (although others may disagree), but he’s my greatest inspiration as far as fiction goes. Lovecraft is another major one with me… as well as Kafka, Burroughs, Ballard, Patrick McGrath, Angela Carter… and the amazing Harlan Ellison. Also certain film directors such as David Cronenberg (there are many body horror themes which run through my writing), David Lynch, and Shinya Tsukamoto.

My advice is usually don’t take too much advice. Find your own voice. If you take too many pointers from others, you lose your voice… and then it’s not really your writing anymore, so it all becomes rather pointless. If you’re good, if you’re unique, people will notice. Find what you want to say and say it. Don’t waste too much time trying to sound like other writers, even if you admire them immensely. Don’t lose yourself in imitation.

I’m an avid film buff. Anybody who knows me knows if you get me on the subject of a film I love, you’ll never get me to shut up. I love music, as well… it’s seriously gotten me through some of the toughest times in my life. Very passionate about music. I don’t paint like I used to, but I love that, as well. I guess you could say the arts of all kinds. Creativity just excites me.

I’m just putting the finishing touches on my next work: Detyrim, which has many horror elements. Loosely inspired by Takashi Miike’s film, Imprint. After that I’m starting work on a dark drama called Hours Into the Bleak Season. It’s a concept I’ve been playing around with in my head for some time, so I’m looking forward to finally putting it down on paper, but those are also the most challenging. Getting it just the way you see it in your head.