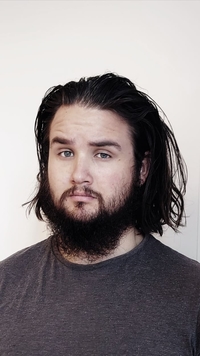 Q1. Trey, it’s wonderful to have you with us for this Q&A. Please tell us about your humble beginnings as an author.

Hi, and thanks for having me! I suppose I started writing in childhood, and I remember I would make small comic books by folding paper in half and stapling them together. Everything was of course hand drawn, as well as a child could (and let’s just say: I’ve never been much of an artist).

I started writing my first novel in my teens, but scrapped it pretty fast. It was supposed to be a fantasy epic, and if I recall correctly, it was absolutely terrible.

I wrote a few short stories here and there (almost exclusively horror), and what I’ve written most of is probably lyrics. I play guitar and sing, and I have old song texts scattered around everywhere, both on small notepads in old drawers and throughout various digital devices.

My first published novel, The Consequence of Loyalty, was started in 2015, and I never looked back. It’s a psychological crime thriller about an FBI agent who shoots his boss for no apparent reason, leaving his colleagues to try and figure out what’s going on. I write in many different genres now, including crime/psychological, horror, sci-fi and fantasy, and I like to say that no matter what I write, it’s all thrillers.

Well, I’m sorry to say I have absolutely no idea.

I think Justin Cronin was one of the author’s who actually turned me onto writing, to make me want to go ahead and take the plunge. His The Passage trilogy from 2010 is some of the best stuff I’ve ever read.

I read a lot of The Hardy Boys when I was young, but I don’t think I could claim they influenced me. When I started writing horror shorts, it was definitely in the style of Lovecraft (which I think is the case of many teenagers who try their hand at horror). Dan Brown opened my eyes to a particular style of fast-paced mystery books which I love, so he definitely left me with something, even though our books aren’t similar at all.

The more I read of Stephen King, the more I like his writing (though he has a tendency to write a bit too long in my mind), but if he’s been influential at all, it’s only been in recent times.

I suppose I don’t have a favorite, rather, it’s the sum of its parts, all the authors I’ve loved over the years that have done it. I could name countless people I admire, but I would have difficulties trying to single out how they’ve impacted me.

At the risk of sounding like a cliché: Just do it. Just sit down and write the damn thing, worry about everything else later. I wish I’d started much sooner, and when you get the ball rolling, nothing can stop you. The only thing that can, is yourself. You and your doubts. So don’t be afraid to just jump into it and write the book.

You’re going to hit some road blocks, sure, but the easiest way to learn is by doing. Just be open. Listen to others, consider all the advice you get (but by all means, don’t necessarily listen to all of it), and try to do a little better every time.

Like I already mentioned, I play guitar, both acoustic and electric. I could sit a whole day with a guitar on my lap and just jam, write some songs, learn something new. I’ve also turned my whole life around a few years ago and gotten into weight and power lifting. I won’t go as far as to say I like being in the gym, but I like being a person who works out regularly. There’s just something about knowing what you’re capable of that drives me.

Other than that, I love to play a good RPG (the digital kind, like Skyrim or The Witcher) and I could easily lose myself in a video game.

My main priority these days is to publish book 2 of The Columbus Archives series. It’s very nearly ready to go, it’s just being proof read at the moment, so I’m excited about that. Next year I hope to publish my first psychological horror novella, probably in October, in time for Halloween. I can’t wait for people to read that, I’m really proud of it.

I’ve also written a first draft for the third and last book in The Columbus Archives series. It’s a strange mix of being excited to finish the series but also scared of letting it go. But it gives me room to write many other things that I have on my mind.