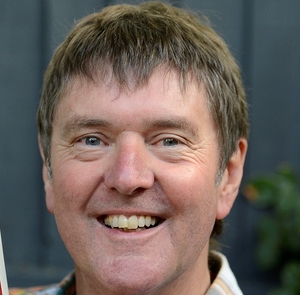 Q1. Mark, it’s wonderful to have you with us for this Q&A. Please tell us about your humble beginnings as an author.

Many thanks for inviting me. I’ve been writing for most of my adult life, in one form or another. I have written songs, poetry, TV scripts, and short stories, though these days I write novels. My first book, Coffin Maker, is a gothic fantasy, and while my writing began to take other directions, I kept returning to that book. Many years later I plucked up the courage to self-publish Coffin Maker, as the book was just too weird to attract a publisher. My writing has mainly gravitated towards crime fiction and psychological thrillers. In 2016 Bloodhound Books published my psychological thriller, Silver. A year later they published the first in a series of Tyler and Mills police detective novels, Red Is The Colour, one of six books short-listed for the Arnold Bennett Book Prize (2018). A second in the series, Blue Murder, was published last year.

I read a lot and in many genres. It’s difficult to nail which authors have had the biggest impact on my writing. I love the work of Ray Bradbury, though he had such a unique style that is impossible to imitate. However, I think that writers like Bradbury are a healthy reminder that it is important to find your own unique voice, which of course takes time. I admire writers who seem to have a natural storytelling ability, crime writers like Lawrence Block and Jim Thompson, and writers of weird fiction like Shirley Jackson and Stephen King. I very much admire versatile storytellers who are able to write more than one kind of book, like Ruth Rendell, for instance, who wrote both a detective series as well as dark psychological fiction.

You have to stick at it. Keep writing, honing your craft, trying things out to see what works and how. You develop your style through endless practice, and by not being afraid to experiment. It’s important to read as widely as you can, and not merely within your chosen genre(s). Reading almost anything can be instructive and even bad writing can teach you something, if you pay close enough attention. As a writer, I think you become a more critical reader, and I find this adds to rather than takes away from the pleasures of reading, as it increases your appreciation of great writing and what makes a story work. You gradually become more aware of structure and character as well as stylistic technicalities.

I love music, listening to it and playing my piano and guitar. I love watching movies too. I’ve recently taken up yoga and I’m getting into that. I believe that these other pursuits help to nourish the creative mind and bring me back to my writing projects with renewed energy and inspiration.

I have three projects bubbling away at the moment. Following the success of my crime detective series featuring detectives Tyler and Mills I am about to start on a third book in the series. The previous two books, Red Is The Colour, and Blue Murder, can be read as standalone murder mysteries, and I intend that the third in the series can also be enjoyed as a standalone book. Many readers also enjoyed my last book, Sextet, which is a dark psychological thriller. I have a strong idea for another psychological thriller which I have now outlined and hope to complete later this year. I am also in the process of re-editing an older book of mine, a psychological thriller with a very unusual premise, which I’m excited about. I have also completed three fantasy novels suitable for younger adults, and I want to find a publisher for those, too. So you could say I’m fairly busy! I find that writing different types of books keeps my writing fresh and alive. The last thing that I want to do is to write the same book twice.