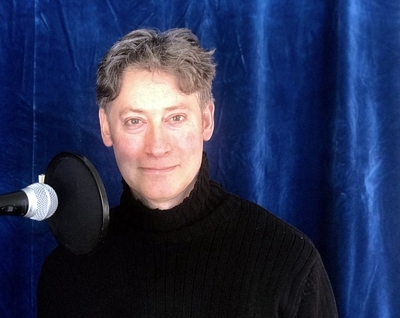 Q1. It’s wonderful to have you with us for this Q&A, Dan. Please tell us about your humble beginnings as an author.

When I was 16 I wrote a novel based on a TV spy series set just before World War 1. The book was terrible but my mother encouraged me to keep writing. My mother is an example of that rare critic who doesn’t shoot you down immediately, rather looks at questionable work and says, “Hmm. You might be an author someday if you read more, write more, and live more.” I resolved to do all three and return with a book that would make her proud. It took me a few decades to write something that would’ve accomplished that; unfortunately she died before I finished it.

Q2. Which writers have inspired you the most?

I read a lot of Albert Camus in college. I admired him for promoting a rational morality not based on religion or fear of God. I also liked his embrace of humankind’s absurd condition (searching for meaning in a universe that provides none) and using that to inspire personal revolt rather than suicide. Oddly enough, Camus’ philosophy resonated with some of the vampire literature I was reading at the time, especially Interview with the Vampire by Anne Rice. Her character Louis, depressed after his pious brother’s death, contemplates suicide before antagonist Lestat turns him into a vampire. Louis’ vampirism presents the immediate moral question of whether to feed off animals instead of humans. As the story progresses, Louis follows Lestat in the pursuit of human blood. Soon, more serious questions present themselves and Louis has to navigate these in a way that seems more human than monster. It’s this approach I wanted to explore with my current story-cycle about humans who work for a vampire named Fiona.

I enjoy reading and hiking in nature, but lately I’ve become hyper-focused on writing and marketing my work—including sharing that work during readings. I enjoy feedback from readers and those who listen to my podcasts. I also love doing interviews like these. However, only after I achieve “success” (three seasons on Netflix?) will I relax and enjoy life again. I might even resume cooking instead of ordering Chinese takeaway every night.

Believe in yourself, in your power to string compelling words into obsess-worthy stories. If you can’t always maintain that belief, find a friend who can. And never stop. Eventually—and it may take decades—critics will get tired of taking shots and acknowledge that you’re still standing. Then one or two might comment favorably on your work. That’s how acceptance begins. Or so it seems to me. Your path might be easier, and I truly hope it is.

After Dark Dossier Magazine released 11 of my Fiona stories, including a cliff-hanger, I need to write the rest of the book! I’ll gather all these stories, plus 8-10 new ones, into a novel called The Guardian. After I pitch this book to agents, I’ll try to convert it into a screen- or teleplay. It’s crazy to think—but entirely plausible—that I’ll be taking your dinner order one day while urging you to read my screenplay. Please nod encouragingly and say you will before discretely pitching it into the nearest bin on your way home. Oh, and a 15 percent tip would be appreciated.

Thanks, Nisar, for this opportunity. I really enjoyed it. Cheers,