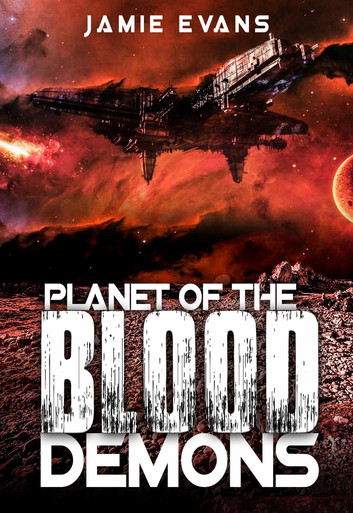 I have to admit that the first thing which tempted me to read this book was the fascinating cover, and secondly, the title. Planet of the Blood Demons (2013) sounded like something right up my alley and so I decided to give it a try.

Planet of the Blood Demons is an action-packed ride through space and foreign worlds—particularly owing to how the writer was able to proficiently blend the elements of horror and sci-fi. Horror enthusiasts are apt to like it but it might not appeal to non-genre fans due to its lack of originality.