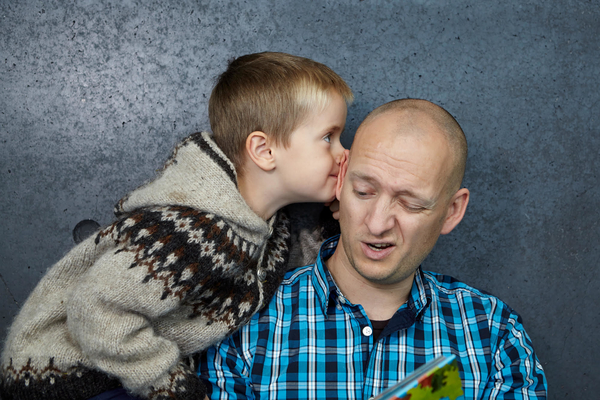 Q1. Johann, it’s wonderful to have you with us for this Q&A. Please tell us about your humble beginnings as an author.

I remember writing stories for as long as I remember, though with a long break after about 8th grade.

I made the very, very clever decision to start writing again about the time my wife was pregnant with our first child. She would fall asleep early, as pregnant women sometimes do, and I would have about two free hours in the evening. I don’t watch much TV and made the decision long ago to not play computer games, so I had free time. So I wrote some bad stories.

By sheer coincidence, I heard an ad for a class on short story writing on the radio and decided to enroll. The teacher was encouraging and a story I wrote there sold to Iceland’s premier literary magazine. That sale was like a drug. “You mean people pay for this stuff? MY stuff?”

I then switched over to writing in English (I went to American schools for most of my childhood so I am fully bilingual) and have done so ever since, with only a few stories written in Icelandic.

Q2. I loved reading your story: First, Just Bite A Finger which is featured in the anthology, Garden of Fiends. What was the motivation behind writing it?

This is the only story I’ve ever written where the idea came to me in a dream. I woke up and suddenly I had this vision of a woman made of chocolate who tasted herself. I wrote it as a prose-poem in Icelandic but it didn’t work. It needed, if you pardon the pun, more bite.

So I rewrote it in English in a single evening as a flash-fiction piece and it just somehow clicked on the re-write. I did almost no editing on the second run through and it was accepted at the first place I sent it to; Fireside Fiction. It was then included in The Apex Book of World SF 4 and reprinted in Mark Matthews’s excellent Garden of Fiends.

The addiction factor of the story, while clearly a strong element, was not written consciously. I mean, I didn’t set out to write a story about the dangers of addiction, I just wrote a story about a woman who starts eating herself and can’t stop.

Q3. Which writers have influenced your storytelling the most?

How much space do I have?

First off, and as cliché as it may sound, I guess Tolkien opened my eyes to the fact that books could be fun. I have this image of myself in my head where I was in second or third grade, standing in the school library with a copy of the graphic novel version of The Fellowship of the Ring, staring wide-eyed at Gollum and elves men with swords and thinking, “What. Is. This?”

Later, it was Orwell’s 1984 that showed me books can have the power to change your brain and then an assignment in high-school English reading Ondaatje’s The English Patient and Shakespeare’s Hamlet showed me just exactly what literature as art is. (I would like to take this moment to thank teachers for picking great books for assignments. 1984 was also an assigned book I would never have picked up on my own).

Shirley Jackson’s sublime We Have Always Lived in the Castle and Susanna Clarke’s Jonathan Strange & Mr. Norrell are great examples of books that show you the exact magic that can be pulled off by a talent with a typewriter.

Most recently I think I owe something to Stephen King and Neil Gaiman for showing me that you can write the weird stuff and get paid to do so.

Taken together, these writers influenced the writing I am attempting these days; realistic weird stories that don’t sacrifice prose for plot. In the last year, I’ve re-read Silence of the Lambs and Jeff Vandermeer’s Finch about five times each to try to see through the cracks. Those are exactly the sort of books that I aim to write.

They say you need to read a lot to become a writer but I’ll be a little arrogant, if you will, and say that if you aren’t reading a lot anyway you have no business even trying. It makes for a bit of an odd advice, and it should, as the very talented Dan Simmons says, “Read only the very best literature has to offer”. So to that effect I say aspiring writers should avoid most books and read books that are considered classics of the genre they want to write in, as well as the classics of literature.

I think reading Hemingway, Dickens, Shakespeare, Austen, Shirley Jackson, Toni Morrison, Joseph Conrad, Chekov, and Melville are basics. You need to read them in order to comprehend their work.

Writing a lot is also necessary but write with purpose and get feedback. Listen to the criticism and internalize it. Do not try to defend your work when it is critiqued and do not take critiques personally.

I really, really like and recommend the Online Writing Workshop for Science Fiction, Fantasy and Horror.

There, you get great feedback on your work and read what others are working on. Giving feedback also shows you the things you need to avoid in your own work, and is actually just as helpful as receiving critiques.

So, my nugget-shaped advice to aspiring authors? Make sure you read the best books out there, and write with purpose, while making sure you are getting regular feedback.

I would also recommend buying Stein On Writing to begin with, and then Shawn Coyne’s The Story Grid once you have sold a few stories and are ready to pen a novel. I hold the rather uncommon opinion that King’s On Writing, while entertaining, is rather useless as a guide for writers.

I am currently about to finish a polished first draft of a supernatural detective novel. Think Seven, Silence of the Lambs, and True Detective but with a clear supernatural element.

The story is about a detective, John Dark, who is on the last chance with his department after burning through police resources and favors while searching for his missing daughter. The book starts two years after her disappearance, and John and his partner, once the up-and-coming duo in the city’s police force, are now stuck on domestic disturbance cases, breaking up frat parties and looking for stolen cars. They mistakenly get put on a murder case on the same night John gets a lead into his daughter’s case.

The case involves a man who clearly killed his wife and then arranged and dressed the body up with antlers, creating a display of death. The husband denies having killed his wife and says he remembers nothing about the evening, apart from coming home and his wife, clearly upset, saying there was someone in the house.

The evidence all points to the husband and after interrogating him there is nothing to indicate that he didn’t kill her. John, however, surprises both his partner and his boss, saying that he has a hunch the husband really didn’t do it.

A few days later, another husband kills his wife, arranges and decorates her body and then claims not to remember doing any of it. During the interrogation, John realizes that the men are connected.

The book, currently titled Whitesands, will start going out to agents in a few days and weeks.