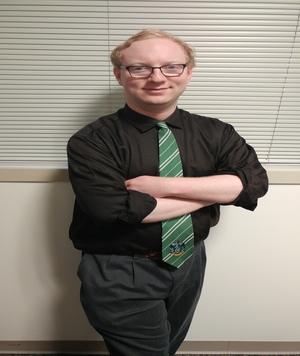 Q1. Rami, it’s wonderful to have you with us for this Q&A. Please tell us about your humble beginnings as an author.

Thanks for having me. I’ve always enjoyed storytelling, ever since I was small. My first use of a computer was to write simple stories in Microsoft Word involving dragons and cavemen and Frankenstein monsters. Around age ten, I decided that since I enjoyed writing and making up stories so much, one day I would do it as a career. And it took about sixteen years, during which time I figured out I wanted to write horror, but I managed to get a book published by a publisher. So I guess I’m on the way to making this a career, though I still have quite the road ahead of me.

Q2. I noticed that there are many inspirations from Japanese folklore as well as references to anime in your novel, Rose (2019). What influenced you to write about Japanese mythology and are you an anime fan yourself?

Oh, I am indeed an anime fan! Have been since age five, when I discovered Sailor Moon and Pokemon in the Blockbuster rental section. In fact, I’m still a huge Sailor Moon fan, and am also a huge fan of Code Geass and The Rising of the Shield Hero, among others. With anime and manga such a big part of my fiction and entertainment diet, it’s not surprising that it would make its way into my writing.

For Rose specifically, I just wanted to use something from my hobbies, and the mythology and folklore of Japan worked very well. Shintoism and Japanese folklore states that everything has a god in it, and that sometimes those gods become super-powerful if they reach a certain age or attain enough knowledge. Transformations and creatures with many forms show up throughout those stories and legends, just like in Rose. There’s even a rock somewhere that was possessed by an evil fox spirit and needed a special seal to stop it from killing people!

With all that, I’m surprised more people outside of Japan don’t utilize these stories and legends. Though in the end, that works for me very well.

Q3. The antagonist in your afore-mentioned book, Paris Kuyper, is one of the most menacing individuals I’ve come across in literature. How difficult was it to construct such an evil character? And did you have him in mind before you started penning your story?

I had an early version of Paris in mind from the beginning, though it took quite a few drafts to get the guy we ended up with. That being said, he wasn’t that hard to write, which is good because he drives most of the story’s plot. If I couldn’t get into his head, I imagine writing the story and the reception to the book would’ve been quite different from what I’ve gotten.

Q4. Which writers have influenced your storytelling the most?

JK Rowling was my initial influence, with Harry Potter being the first story making me want to write something similar. Stephen King is also a huge influence; IT was the novel that inspired me to pursue horror, and I still read a lot of his work and look forward to new adaptations of his work. I’m also influenced by Anne Rice, HP Lovecraft, and just about every author I’ve ever come across, including manga authors.

Q5. Any advice for aspiring authors?

I also recommend trying new things. Taking a class in a subject you know nothing about, going to a place you’ve never been, or reading a book in a genre you normally don’t care for could lead to a great story.

Q6. What are your hobbies besides reading and writing?

I enjoy going to see horror movies, reading and watching manga and anime, respectively, and watching ballet. I also love going for drives and having a drink in the evening on the weekends.

Q7. Tell us about your upcoming projects.

I’m about to start editing a couple of works, including a novel partially inspired by Dante’s Inferno called River of Wrath. I also have a novel planned for National Novel Writing Month that I’m just about done researching for, and I’m putting together a new collection of short stories, though it’ll be awhile before I put that out. I want the stories within to be published only when they’re as close to perfect as possible, and people won’t regret picking up a copy and giving it a read.