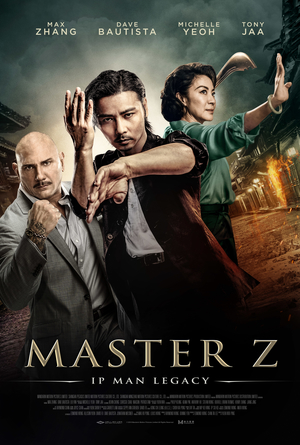 Despite not living up to the Ip Man brand name, Master Z (spin-off and direct sequel to Ip Man 3) stands up on its own. Max Zhang isn’t as watchable as Donnie Yen but does justice to the lead character. The ensemble cast includes Dave Bautista, Tony Jaa, and veteran actress Michelle Yeoh.

There’s also an underlying theme of Hong Kong policemen combating British imperialism. Thus, the script being written by two writers didn’t come as a surprise. However, the overall plot is ultra-predictable, and the film is ultimately let down by poor pacing plus fighting sequences which could’ve been better. Bautista acted too funnily to be taken seriously in contrast to Mike Tyson who aced his cameo in Ip Man 3.

In the end, Master Z isn’t the best Ip Man sequel but works well as a spin-off, so what more could you ask for when Ip Man 4 is releasing this year itself?