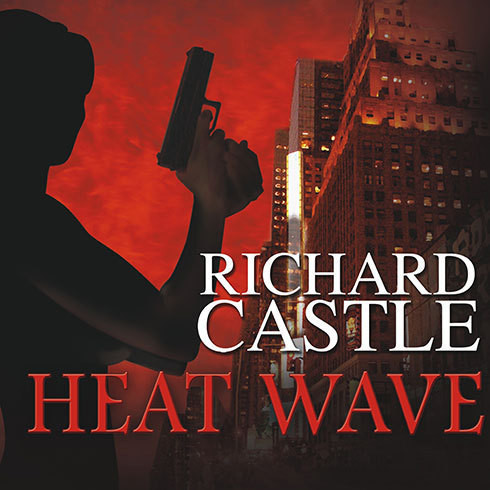 I’ve been an admirer of Castle ever since it initially started airing back in 2009. The crime-comedy-drama series lasted a total of eight seasons and all of them were memorable. Nathan Fillion was brilliant as the ruggedly handsome titular character, Richard Castle. Stana Katic was equally electrifying in her female lead-role as Kate Beckett, the homicide detective whom Castle aids in cracking cases. The supporting cast, direction, writing, settings, etc., were all top-notch, and it is definitely one of my favorite programs of all time.

In September 2009, the first tie-in novel (Heat Wave) was released under the authorship of  Richard Castle—it’s rumored that these books are actually penned by Tom Straw. You can read an article on him here.

In this adaptation, Nikki Heat is the major protagonist who is loosely based on Kate Beckett. She is assisted in her endeavors by the journalist, Jameson Rook, who is no doubt a variation of Richard Castle.

Yes, there are many naysayers of this line of novels and their recurrent complaint is that the books don’t live up to the quality of the TV serial. However, in my opinion, it still shared the show’s charm, albeit, in the form of prose.

Kate Beckett’s literary counterpart Nikki Heat really raises the temperature in this debut. And Castle’s writing style is what I would expect from his on-screen persona. His manner of expressing thought is also reminiscent of Sidney Sheldon’s works which are also adept at combining mystery, humor, and above all, sex.

So, if you’re a fan of the source material then definitely check out Heat Wave, although non-fans might not enjoy it as much as Castle lovers. It does mirror the show in many ways but it’s in no way superior to the original. Another reason that I’m hesitating to give it a higher rating is because I guessed the killer(s) halfway into the narrative.

The Return of Sherlock Holmes by Sir Arthur Conan Doyle –...