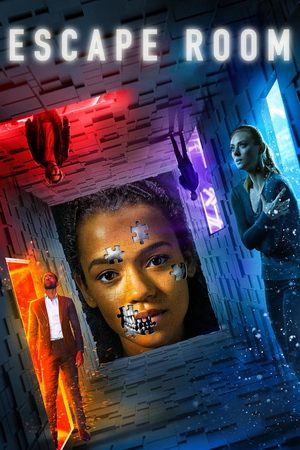 Escape Room (2019) is as clichéd as its title. It’s a PG-13 version of SAW with a similar premise on top of being a sleeper hit. However, the more viewer-friendly rating is the main reason for its downfall.

The second cause is undoubtedly the poor performances from the cast consisting of only one prominently known thespian, Deborah Ann Woll (Daredevil, The Defenders, The Punisher) with the rest of the cast being virtually unknown to mainstream audiences.

Nevertheless, Escape Room does get some things right with good pacing and above average direction. Some of the traps, such as the one situated in a bar, are quite clever. But due to a predictable ending (especially for those who have gotten used to this genre), Escape Room leads to a letdown of viewer expectations—if there were any to begin with.

I’m still surprised this movie was a hit at the box office, and furthermore, that it got the opportunity of getting a wide release in the first place. But I’m not surprised that there’s a sequel slated for 2020. Let’s just hope that the script and the cast will not be as disappointing as the original’s.