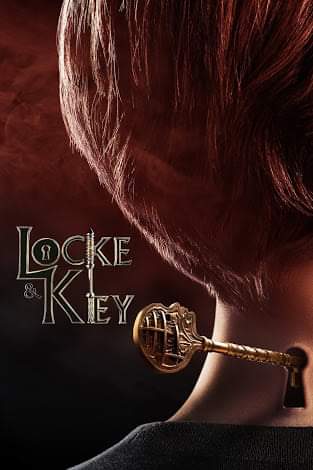 I first got tempted to watch Netflix’s Locke & Key after stumbling upon its mesmerizing trailer. I’m happy to say that you get what was advertized but I’m also sad to say that you don’t get much more than that.

The plot follows a family of four who move into a mansion known as the Key House. The Locke family recently lost their man of the house, Rendell Locke, and so they move into the family home in order to honor his memory. Little do they know that the house, aside from looking like it’s haunted, also houses several magical keys such as the Anywhere Key which can take you anywhere—pun intended. The Head Key which can let you go inside your or someone else’s mind. And many more.

Now, not only is the premise intriguing, but the show does a great job of bringing all these elements together. But you can’t help but wonder if this has all been done before. Yes, there’s a villain after the key. Yes, there is a whole Stranger Things-esque group of people besides the Locke kids who learn about the magical keys and decide to work together. Thus, the predictability is so high that you can see certain events transpiring from one or two episodes away.

Not only is the show quite foreseeable but it also has one of the most boring characters written for a series. Don’t get me wrong. The acting by the cast members, both main and supporting, is top-notch. However, the characters written for them are one-dimensional. The bitchy bully. The cute blonde. The jock. Etc. If you were to compare this show to Stranger Things then you could at least see how better the characterization of the latter had been planned. Even though Stranger Things had episodes where the story was all over the place, the unique relationships between the characters helped the viewer stay glued to the screen. You cared more about what happened to a specific individual rather than the story—even though ST’s main storyline combined horror, action and comedy better than Locke & Key. If we talk about comedy then Locke & Key is badly lacking in humor. I understand that this is a dark series but you need light to counter the dark. And that is what other shows like Stranger Things and even movies like IT: Chapter One (ironically based on the novel by Stephen King—the father of Joe Hill—the co-creator of the graphic novels this show is based upon along with Gabriel Rodriguez) did a superior job of mixing comedy with horror. When you’re laughing it’s a legitimate feeling and the scene which made you laugh didn’t seem forced, and that’s the same for the terrifying sequences.

Besides the awesome performances, the cinematography is constantly alluring giving Matheson a frosty and dusky outlook, the set design is brilliant especially the inner and outer structure of Key House, and other production values such as the costume design and VFX are factors which Netflix is known for, and the company provided these high-budgeted aspects to this new series as well.

To end with, Locke & Key seems original when you watch the trailer or read the plot synopsis. However, I found it to be more syncretic than unique. Other media which came to my mind while watching this show was the afore-mentioned Stranger Things and IT along with LOTR and Harry Potter (though for the latter two this was only on a superficial level). I’m looking forward to season two as the finale, though narratively flawed, introduced many problems that need to be solved. And I hope that the sophomore effort is well-made enough to resolve not only the issues that will have to be faced by our protagonists, but also the mediocre writing of the initial season’s creative team.