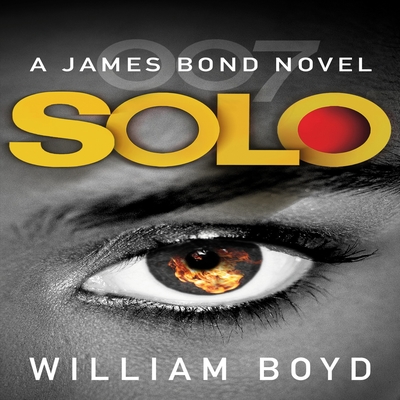 It’s been a long time since I’ve read such a stellar work of spy fiction—that too—in one sitting! I thought after the deaths of both Ian Fleming and Sidney Sheldon, there weren’t any unputdownable suspense authors left, but boy was I wrong. William Boyd has been at the espionage-literature game for a long time, but this his first and only James Bond novel, and I reckon that he is the perfect person to take over the reins from the late Fleming. Although, the JB novels that have surpassed Solo (2013) have been penned by Anthony Horowitz.

I thought that Solo was a superior novel to both of the Fleming ones that I’ve read. The plot follows James Bond on a mission to a fictional African country called Zanzarim, to stop the Civil War going on there, and during his assignment he gets acquainted with both a new lover and a new fiend. There’s also a much more deeper mystery than the one shown on the surface.

From the onset, Boyd’s writing style is one I wish I had myself. He’s a Scottish writer but his manner of expressing thought in language is akin to an Englishman’s. I felt that his style of writing falls between that of Ian Fleming and Agatha Christie. The descriptions are vivid especially those of the surroundings as well as the food and drink—the latter reminding me of Enid Blyton. I also loved his treatment of James Bond as the protagonist. The secondary characters are well-illustrated and fun to read about and there is no lack of character development in this book.

The foremost aspect is undoubtedly Boyd’s perfect usage of every element in the story. When there is a romantic scene, Boyd’s writing adapts to the heat in the atmosphere. When there is action, it has a no holds barred and in your face style. It’s as if many different authors were hired to write distinct parts of this novel even though it all comes from the mind of one creative genius. The depiction of feminine beauty on paper is also awe-inspiring, and again reminded me of Fleming’s own penmanship. The two-faced antagonist reminded me of the traditional Bond villains that were originated by Fleming.

If I were to pick out flaws, one would be that the plot is quite linear. The narrative isn’t one that hasn’t been read before, particularly in regards to this genre. I also thought it would’ve been better to showcase more sequences of James Bond’s time spent in WW2, specifically to alter the flow of monotony, but alas, we’re only given snippets about it. Nevertheless, these faults are miniscule compared to the overall scope of this fantastic novel.

Furthermore, I felt that Boyd is a superior James Bond novelist than Fleming, despite having read only two Bond novels authored by the latter. I can’t compare Boyd’s short-story writing skills to Fleming though as I haven’t read any of the former’s short fiction.

To end with, Solo is a must-read novel for spy-fiction lovers and James Bond enthusiasts alike. I regret not having read this work sooner as I’ve had the hardcover version with me for a long time. So don’t make the same mistake I did and pick this up as soon as possible.