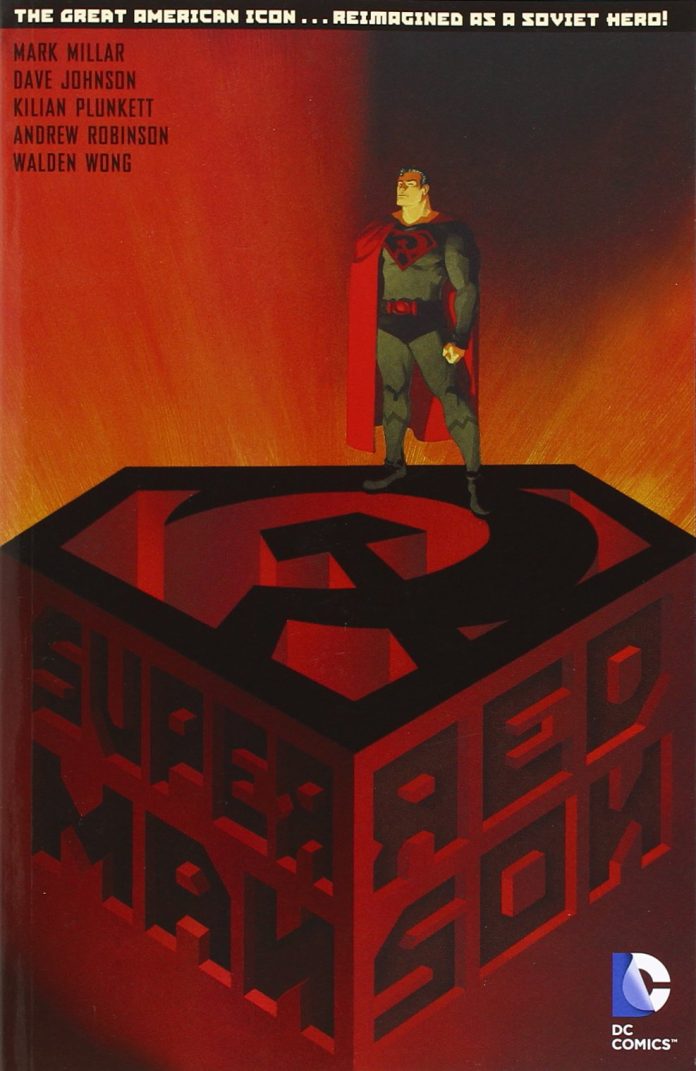 I’m not only a comic-book enthusiast—but a junkie. I’ve watched majority of the Marvel, DC and other comic-book film adaptations known to man. In fact, I’ve watched all of the X-Men movies at least a dozen times or more (Apocalypse doesn’t count). So I knew somewhere along the line I would start reading the source material. Though, I wasn’t sure I had the experience required to review it, but as the saying goes: “There’s a first time for everything.”

I chose to read 2003’s Superman: Red Son written by Mark Millar because firstly, Superman is my 2nd favorite superhero (1st is undoubtedly Wolverine) and secondly, the recommendation was made by my cousin (who also happens to be an up-and-coming writer), Abdullah Riaz. So, I had no hesitation in picking up a copy. Furthermore, I’m up-to-date with The CW’s Smallville, The Flash and Supergirl. So, I pretty much enjoy unconventional storylines, especially those that are comic-book related.

The premise is pretty simple: What if Superman had been brought up in the Soviet Union? The plot follows an announcement in America some years after WW2’s conclusion that the Soviet Union has a weapon more powerful than a hydrogen bomb AKA Superman. It turns out that in this version, Superman’s ship lands in a Ukrainian collective farm rather than touching down in Smallville, Kansas.

Another special factor about this mini-series is that it features alternate renditions of DC legends. Batman is the most interesting who harbors a vendetta against an associate of Superman, Pyotr Roslov (a variant of Pete Ross), for killing his parents. Batman—saw this coming—also sees Superman as a threat to humanity, and will stop (not kill) the alien at any cost. Wonder Woman is showcased as an ally to Superman. Lex Luthor is depicted as a mad scientist just like in the canonical tales. Jimmy Olsen is an agent. And the most astonishing development is that Lois is Lois Luthor; married to Lex. But she still harbors strong feelings for the Man of Steel.

Here, we have two men of steel; Joseph Stalin is showcased as the leader of both Superman and the SU. There’s also a surprise illustration of John F. Kennedy thrown into the mix. Thus, one positive aspect is the subliminal commentary on both the Cold War and its aftermath, and I bet history/political science lovers will adore this story told in only three issues.

The second favorable quality is the style of the drawings and illustrations. They really make characters like Superman and Batman look totally distinct from their original counterparts, even though these caped crusaders debuted to the world almost a century ago.

Thirdly, the personalities of the main characters. No matter which country’s side you are on, Superman’s moral compass is still pointed in the right direction since his universal debut. He doesn’t kill unless it’s the last option, and Lex Luthor’s competitive nature is thrown in to make an equilibrium between right and wrong (which is to be expected). Politics and morality make up the two major themes in this Elseworlds imprint.

Last but not the least, the conclusion after the ending. I thought the story had ended when all was said and done, but the epilogue blew my mind. It sorta reminded me of The Killing Joke’s finale, although here I’m mentioning the animation’s closure, and not the graphic novel’s finishing twist. Although, they might both be the same.

However, there is one flaw throughout the issues, and that is predictability. Maybe it was because I’ve seen so many of DC’s television shows that I caught wind of the upcoming climaxes before they occurred on the next page. This was primarily due to my years of being acquainted with both of DC’s good guys and bad guys’ traits. I knew what some individuals were about to do before they took the subsequent action. Still, for noobs to the DC comic-verse (those who haven’t viewed the depictions in other mediums), the entire length of the story would come as completely unforeseeable.

Also, I’d like to congratulate all the artists who were involved in depicting several decades of world history in just a trio of issues. Without the character and layout designs to match the scope of Millar’s imagination, the plot wouldn’t have lived up to the hype.

In the end, Mark Millar was quoted as saying that he got the idea for Red Son when he was reading Superman #300 as a six-year old kid, due to living in the shadow of the Cold War. It was undoubtedly wonderful for Millar’s childhood concept to be expressed in the most beloved mediums of American art. Superman: Red Son is recommended to all superhero fans who don’t mind an uncanny take on many of the globe’s most famous fictional icons.