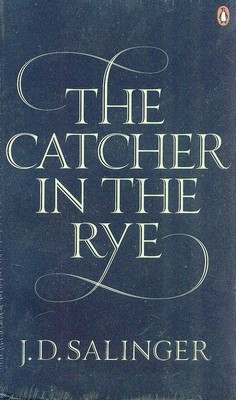 This novel is not only universally known for its endearing quality but also for the cryptic lifestyle of its author, J.D. Salinger. I first heard of The Catcher in the Rye when the 2013 documentary Salinger aired on TV. It narrated the biography of the titular character and the controversies that surrounded both him and his only novel.

The Catcher in the Rye’s plot is simple. It follows Holden Caulfield and his life as a 16-year-old lad in the city of New York. That’s it. All the events are told in a first-person narrative and I felt that many of these situations became repetitive as the yarn progressed.

The book works as a coming-of-age tale and the minor individuals become intriguing through the wisecracking descriptions of them made by Holden. But there’s no proper story. For those who have done their research on J.D. Salinger, they are acutely aware, that this novel is more of a semi-biography than a fictional account.

What the novel does achieve is the perfect exhibition of rebellion. Holden refers to society in general as a bunch of phonies. And that only kids are honest as they have not been corrupted by the world. Within these aspects, The Catcher in the Rye might have no literary comparisons, but remove the superficial storytelling, and you’re left with another average best-seller. So, in writing about how stereotypical Hollywood, New York, etc., are, has Salinger himself written a typical novel? I felt that at times—if the reports surrounding Salinger’s reclusiveness after the publication of Catcher weren’t mysterious—then the novel would not have been as popular as it has remained to date.

Moreover, the usage of slangs does add authenticity to the first-person narrative, but I got bored of reading these wordings after the initial 80 pages or so.

Finally, The Catcher in the Rye is likely to be a hit or miss with readers, though I consider its ending one of the greatest conclusions ever written in American literature. In my opinion, Catcher is a mediocre book and doesn’t live up to the global hype it has and probably always will generate.