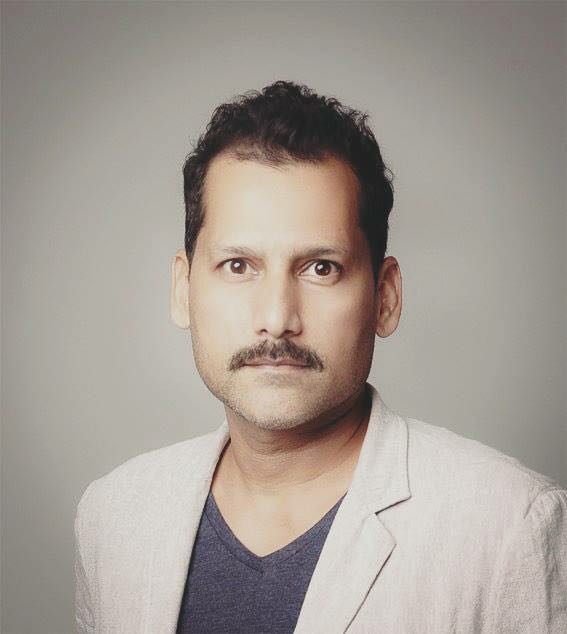 Assistant Professor, Image-Maker, Curriculum Designer and Critical Thinker, as well being both an Advertising and Commercial Photographer, it is almost impossible a task to find a man as multi-talented as Imran Muhammad. He received his Master’s degree in Contemporary Photography Practice from the University of Sunderland in the UK. Previously, he was a Graduate in Photography from IED (Instituto Europeo di Design) Italy with Distinction, and prior to this, he obtained a Bachelor’s degree in Visual Arts from Karachi School of Art in Pakistan.

Imran Muhammad has been a lecturer at SZABIST Dubai for over three years. He has not only taught pupils how to make the most out of their creative potentials, but has also enriched their lives for the better. I’ve had the pleasure of having studied several courses under his guidance—and now I’ve gained the honor of interviewing him for this Featured New Year’s spot on Literary Retreat.

Q1. It’s wonderful to have you with us for this Q&A, Mr. Imran Muhammad. Firstly, I wanted to ask whether you have always been an artist by nature, or did you develop your creative abilities as you grew up?

I’ve always been curious by nature and this has fueled my passion to explore creativity in all aspects of life. Ultimately, the want for exploration becomes the need for seeking different expressions in the individual art forms.

Q2. You specialize in making and teaching diverse forms of art. Which type of artwork do you prefer producing the most?

The production of art—put more bluntly—is more about the different expressions of a single art form; so it never ends up as one type of thing or form to express. It’s constantly changing or evolving over time. And it also depends on your daily experiences especially in the way the surroundings impact your senses. Nowadays, I’m experimenting with digital image-making along with conventional photographic practice.

Q3. I have always looked up to you as both a talented artist and an experienced teacher. What made you go into teaching when you were already successful as an artist?

Thanks, Nisar. Giving back to society has, and always will be, one of my major concerns. I would say I pursued teaching due to the following reasons: Sharing my knowledge and expertise with today’s young-bloods; not only making them ready for the countless professional challenges in the industry, but also enlightening them about an inherent advantage— which is to always be a good human being—whether on the job or not.

Q4. I am certain that you have met a ton of famous people during your career. Are you close friends with any celebrities?

Faysal Qureshi, the Lahore-born actor, is one of my close friends and also a fun person to hang out with. I have friends who are famous for working behind the camera as well, i.e. Shahzad Kashmiri. He is a famous Pakistani director for both TV and film, and a reputed cinematographer as well.

Q5. In what ways has SZABIST Dubai influenced your perspective on teaching? Have you enjoyed your time instructing students there?

I believe that every place has something new to offer; both in terms of personal and professional growth. The finest aspect of  at SZABIST would be the constant challenges that come with balancing how to teach students not only to be practical during the duration of their courses, but also to apply their learned skills in real-life situations. My greatest wish for them would be to give the utmost priority to art as this inclination will benefit them throughout their lives. Overall, I’m having a great time in my current position at the university.

Q6. Can you name some students who have made you the most proud?

I don’t want to cater to favoritism so naming them is not an option for me. But a few of them are performing superbly in various industries, and thus, they have made me very proud in having guided them during their Baccalaureate days.

Q7. From your Profile at SZABIST Dubai’s Faculty Page, I was able to gather that you’ve been around the world many times. Which locations have become your all-time favorite travel destinations?

That’s a really difficult question to straightforwardly answer. Besides currently residing in the UAE, I have travelled to more than 260 cities among Europe, England, China, Pakistan, South East Asia and the Middle East. Each place has its own beauty that distinguishes itself from the other destination.

Q8. Even in the 21st century, it’s been increasingly difficult for potential liberal-arts students to convince their guardians in permitting them to go after their respective fields at higher-education levels. Can you think of any methods by which parents can be convinced by their kids to allow them to pursue liberal arts academically?

This has, in fact, been one of the greatest challenges that I’ve faced during my academic career. Of course, it’s not like before when we simply chose to be an artist, and instead of frequently dreading our situation, we triumphantly overcame obstacles during our educational years. Even during the 80s or 90s, we balanced studying art along with compromising with our traditional parents. Objection is—whether conspicuous or subtle—always there but it varies depending on how open-minded the family actually is. So, we can only hope for the best. In my opinion, we should try to educate parents in order to make them comprehend the magnitude of—not only treating the liberal arts as a preferred field of study—but also as a way of life.