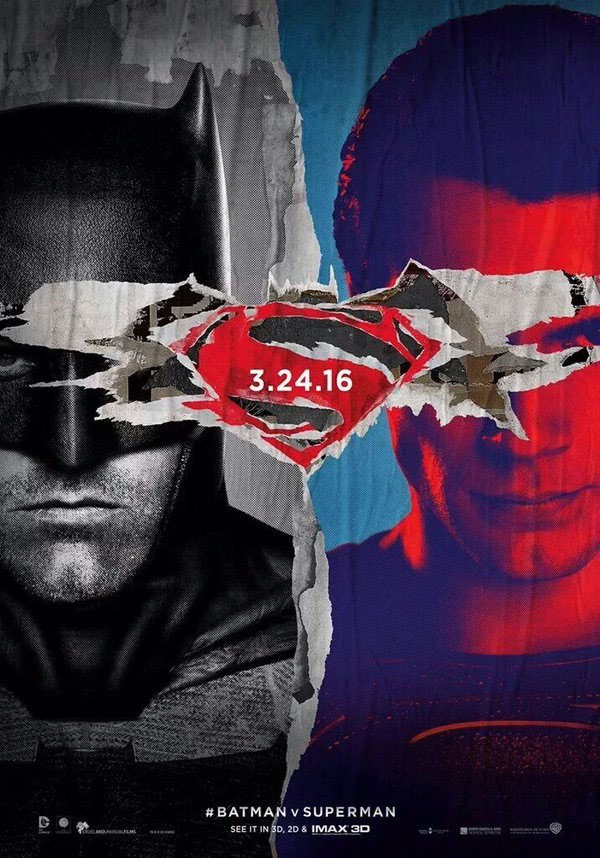 Dawn of Justice (2016) has a style-over-substance approach which doesn’t quite pay off on the screen. It’s this decade’s most-anticipated blockbuster but the wait wasn’t entirely worth it. The following review contains spoilers:

The Plot: Bruce Wayne (Ben Affleck) feels that Superman (Henry Cavill) is not a proper hero, and after witnessing the destruction from his introduction to the world, Wayne must take matters into his own hands to subdue the Man of Steel.

The Good: Zack Snyder who is known for filming Dawn of the Dead’s remake, 300, Watchmen and Man of Steel returns for his second DC outing – and he does not disappoint. Oscar-winning writer of 2012’s Argo: Chris Terrio and veteran comic-book adaptation wordsmith David S. Goyer were assigned the screenplay. Which I still think was penned by some other duo. Because this was one of the worst superhero scripts I’ve ever witnessed.

Acting-wise, Affleck proves he is a better Bruce Wayne/Batman than Christian Bale. He has superior looks and his muscular physique made him the paramount Batman in film ever. Henry Cavill is again perfect as Clark Kent and the alter-ego Superman. We see the talented Jeremy Irons play Alfred the Butler (Michael Caine provided better support), Amy Adams reprising her role as Lois Lane, Diane Lane returning as Clark’s Mom, Holly Hunter playing a Senator, Laurence Fishburne as Perry White, Gal Gadot as Wonder Woman and last but not the least: Jesse Eisenberg as Lex Luthor.

Eisenberg’s Luthor was the second-best I’ve seen on the screen. The first position is still undoubtedly held by Michael Rosenbaum who played the role in the long-running DC show Smallville. Still, I enjoyed Eisenberg as he has a knack for depicting socially awkward but intelligent characters (2010’s The Social Network, anyone?). Overall, DC wanted a good Superman villain, they got the finest choice possible with Eisenberg.

The cinematography by Larry Fong who has worked with Snyder on many of his features, is brilliantly dark. Even the morning scenes seemed to have a hint of dusk in them. This worked superbly with the sequences which encompassed Batman. Although, didn’t fit well with Superman’s antics.

Furthermore, Batman’s fight sequences, especially those when he goes to save Martha Kent, were the best I’ve ever witnessed for a DC flick, or a Batman adaptation for that matter. The choreography in that part was spot-on awesome. Christopher Nolan’s The Dark Knight trilogy remains critically indisputable, but it never had a fight scene that was equivalent of that level of finesse.

Again, the CGI doesn’t let you down. I already favor DC’s visual effects both for its shows and movies. Man of Steel (2013) had gorgeous CGI even though most of it comprised of buildings being demolished. Here, the effects of Bruce Wayne having a flashback or a flash-forward were just beautiful. Especially, in that scene where he has a vision of being captured by Superman. Not to mention the effects utilized in his battle against Superman, the introduction of other Justice League members like Wonder Woman, Cyborg, etc. Or even the animation of Superman’s arch-nemesis Doomsday. Dawn of Justice might not get nominated for many awards but its effects department deserve applause for their hard work and dedication to the craft.

I also loved the look of Batman’s auto-machines: Both the Batmobile and his jet. They looked so awesome. Both Metropolis and Gotham are compiled in this venture and they are depicted spectacularly well. Not to mention the costume design. Affleck’s Batman wears the outfit similar to Frank Miller’s Graphic Novel The Dark Knight Returns. And his metallic suit is also reminiscent of the comic book. Superman’s costume is again brilliant. Also, his statue was made to look so authentic. Ben Affleck sported stylish stubble and there was no doubt in my mind that he played a multi-millionaire character with that persona. Same goes for Cavill who looked innocent as journalist Kent but bad-ass as the Man of Steel. Gal Gadot also aced the Wonder Woman costume though a full-bodied actress should’ve gotten her part. But her lasso, sword and shield were utilized to perfection. The writers sure didn’t forget what all DC’s characters like to bring to a brawl.

The Bad: For such a good-looking cinematic piece, the story is plain bad. It’s so normal that we have to look at the sub-heading of Mankind Is Introduced To The Man Of Steel before watching Metropolis getting destroyed.

To add, how many times are we going to watch flashbacks of Bruce Wayne’s childhood? I disliked how it was used at the start of the movie rather than using it in the middle or even at the end.

Dawn of Justice should’ve began with the main fight of Dark v Light, had flashbacks in the middle, then brought Doomsday at the end – or not have brought him in at all. Wonder Woman should’ve had a cameo rather than a longer role. So, this brings me to my other negative point of the duration being prolonged at 151 minutes where 2 hours could’ve sufficed. Still, it’s the first of its kind so no need to leave a scar on the franchise.

Where Man of Steel balanced the narrative with villains arriving in the middle and Superman finishing them off at the end. Dawn of Justice has no equilibrium of events. It will just surprise us with either Superman killing people or Batman doing the same. I’m alright with both heroes going the extra mile because we need to get rid of the PG-13 heroics, like displayed in Marvel’s counterparts. Both the titular figures actually reminded me of something like Dark Avengers. At times, I felt Batman and Superman were anti-heroes rather than heroes.

The afore-mentioned aspect isn’t necessarily bad. But the screen-time allocated to Lois Lane is unnecessary. Perry White should’ve been used more. Clark Kent is busy chasing Gotham-related crime stories when his Super side could actually be traveling there and doing something about it. Yet, all of these bad points are omitted when we get to the main match of the movie, and even the showdown between the trio of heroes and a monster which lead to a gratifying conclusion. Batman’s separate fight scenes, his visions of both his childhood and being captured by Superman, and the complete awesomeness of his characterization, make you yearn for a Batman movie that should have been released prior to this. Alas, we are left with a film that tries to make up for that with a prolonged running time, which renders its finished-product with overpopulation of characters, and a plot that doesn’t seem to be the brain-child of Terrio and Goyer.

The movie is saved by the performances of Affleck, Cavill and Eisenberg. It’s ruined by a mediocre story, Lois Lane having a larger role in a small game, Wonder Woman also gaining more than a cameo, and for not living up its reputation as the movie we comic-book fans deserved.

The Verdict: To the inexperienced, Dawn of Justice is watchable. Yet, veteran viewers will walk out of theaters unsatisfied. Snyder’s direction is not at all to blame. All the fault is with the authors who gave us the let-down of the decade. Hopefully, the following entries of DC’s Extended Universe won’t have a similarly disappointing effect.