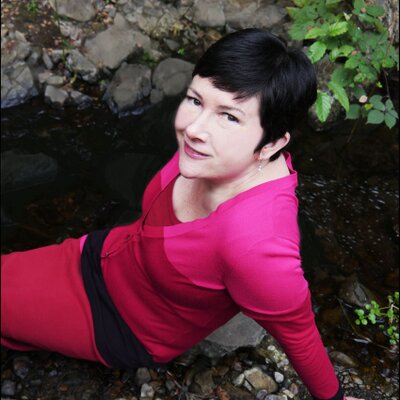 I am honored to present Jan Steckel as our Poet of the Month for this July. She is not only a successful author but is also a Harvard- and Yale-trained former pediatrician. To know more about her and her life’s work please read the interview below.

1. Jan, it’s wonderful to have you with us for this Q&A. Please tell us about your humble beginnings as an author.

I wrote my first short story when I was six. It was about Laurel and Hardy, very derivative, the kind of things kids tell you about characters they see in the movies or on TV. My fiction was first published in Scholastic Magazine when I was twelve. That was a better story, about imagining Native American fishermen in the waves while riding down the coast on a family vacation.

2. I’ve read online that you’re also a pediatrician by profession. How did that come to happen?

My father is a physician, and his father was a physician. At Thanksgiving my father used to dissect the turkey giblets with me, so I knew all the chambers of the heart while I was still in elementary school. You know that joke, you have four choices as a Jewish kid, you can be a doctor, a lawyer, a rabbi, or a failure? So it was really a matter of, being good at math and science, how could I not be a doctor? I did, however, rebel against my father by going into primary care, like his own father, who was a general practitioner. My Dad used to go on house calls with his father when he was a little boy, and he was like, sick people are whiny and they smell bad. He went into radiology, and he was sort of disappointed that I wasn’t interested in it. I tended to fall asleep in dark rooms. I almost became an obstetrician-gynecologist, because I loved doing deliveries in medical school. I noticed, though, that as soon as the baby was out, I just wanted to follow it around instead of taking care of the mother, so I became a pediatrician.

3. I loved reading your poem, “Why They Got Deported”. Its verses are quite relevant to today’s political climate, and it’s undoubtedly the best poem I’ve read this year. What inspired you to write it?

When I was five in West Los Angeles, my family had a Guatemalan housekeeper named Maria. She had this sort of silvery laugh, and my brother and I were very fond of her. She wasn’t our nanny, exactly, more like a mother’s helper, but she did bathe and feed us some of the time. One day two men in suits from Immigration came to the door and took her away. She got deported. It wasn’t like being separated from a parent, but it was bad enough.

When I was a little older, my father and some other medical residents founded a free clinic in Venice, California, in what became a completely Latino neighborhood. By the time I was twelve, I was coming regularly with my Dad to the clinic to interpret for him when he volunteered there. We always had Spanish-speaking housekeepers, you see, although after Maria they all had green cards, so I spoke Spanish. I played soccer in high school with boys from Mexico, and the summer before I went to college I registered Spanish-speaking citizens in Venice to vote. I went to the Dominican Republic in the Peace Corps for a couple of years in between college and medical school, and when I went to medical school, it was specifically to learn to take care of children of Spanish-speaking families.

So my ties to this community are very strong. I heard stories, and I read stories, about all the different terrible excuses for why people were getting deported under the Trump administration, and I just strung them together as a protest.

4. Any advice for aspiring authors?

6. As you’re a writer of poetry, fiction, and creative nonfiction—which genre do you prefer writing in the most?

That’s really hard. I love them all. I don’t really believe in genres. People are always telling me that my prose is too poetic or my poetry is too much like prose. I think you just pick the form that works best for what you have to say at the time.

7. Your book, “The Horizontal Poet”, won the Lambda Award for Bisexual Non-Fiction in 2012. How did it feel to win such a prestigious prize? And please inform us about the challenges you faced while penning your award-winning collection of poetry

It felt GREAT! At the same time, it made me really angry and tearful for a while the next day, because of something that happened to me in college. I had applied to the very selective creative writing undergraduate major at Harvard by submitting both poetry and fiction. The head of the writing department at that time was a famous poet and translator named Robert Fitzgerald. He told my adviser to tell me that I was accepted into the writing program not because of my poetry, but in spite of it, and on the condition that I stick to fiction. I was not permitted to take any poetry classes while I was there. The problem was that little 17-year-old me believed his assessment of my lack of poetic talent. So three decades later I suddenly won this prize for my first poetry book and got a glimpse of the New York literary scene and of what my life could have been like if I’d gone to Smith or someplace where the head of the poetry department didn’t think that poetry had to rhyme and where it was cool to be a dyke and I might have found a poetic mentor before I turned 40. It made me furious. I wanted to go find Fitzgerald’s grave and piss on it.

8. Do you have a writing routine? And how do you deal with writer’s block?

I have two good poet-friends to whose houses I go sometimes to write poetry for a few hours, but other times I just head for the computer when something bubbles up and there goes six hours. I’m very undisciplined about it. The sad part is that I spend a lot more time submitting my work and advertising it and reading it and advertising the readings than I do actually writing. That’s got to change. I need to carve out a writing practice, like the first three hours of the day or something.

9. Which work of yours are you the most proud of?

A poem I woke up in the middle of the night and wrote down and never revised at all called “Dios le bendiga,” and a piece of flash fiction called “The Christening of Alonso.”

10. Tell us about your upcoming projects.

I have a full-length poetry book called Like Flesh Covers Bone that’s been accepted for publication by Zeitgeist Press, and a poetry chapbook that I’m working on commissioned by Angel Wings Press. I also have a completed book-length manuscript of short stories entitled Ghosts and Oceans for which I’m looking for a publisher. After those are all out and I’ve toured around hawking them, I’d like to collaborate on a bi sci fi book with a physicist friend of mine.