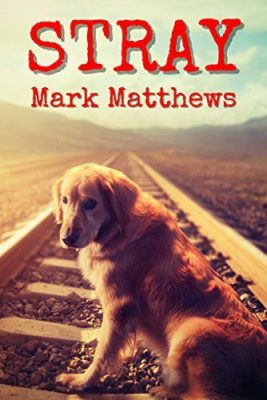 Many readers assume that horror authors have no humanity due to their dark and gruesome imagination. This hypothesis has been proven wrong as Mark Matthews, a specialist of addiction horror, has penned one of the most humane pieces of fiction that I’ve ever read: Stray (2010).

Here’s the synopsis from Amazon: Therapist Thomas Cleaves is many years sober from his addiction but is now losing his mind. There are voices in his head and the occasional seizure, and then his wife has a miscarriage on the same day his client dies of a heroin overdose. Tom becomes certain that the addicts he treats must have infected the womb of his wife.

This semi-biographical work is evidently half non-fiction as Matthews himself has twenty years of experience working as a licensed professional counselor. I learned a lot about recovery including rehab, detox, and other related terms. The novel is told through multiple points of view—and this is one of its highlights—as you are able to see through the eyes of both a therapist who deals with addicts and vice versa.

Tom is our main character who has to deal not only with his seemingly never-ending patients but also his own challenging personal life. I loved how his wife Patty’s personality was so distinguished from his own confirming the theory that opposites attract. James, our second major figure, is even more intricate and his life makes for an even more engrossing story. His background as well as his potential future with the girl he has a crush on, Ra, make for the best parts in the tale. Matthews really went all in where characterization is concerned. The juxtaposition of Tom and James’s natures is immensely thought-provoking and there is no space for boredom in this yarn.

Often, white authors find it difficult to outline Asian characters, but Matthews breaks the mold by his perfect outlining of James’s love interest, Ra. Also, the constant issue of conception in Tom and Patty’s marriage is indirectly linked to Tom’s troubles at work. Another test for him is staying faithful to his partner, while he craves lustily for his intern, Christy. Tom is in every sense a multidimensional individual and earns his spot as the protagonist of Stray.

I first came across Matthews’s bibliography by reading Garden of Fiends which was the titular story of an amazing anthology that he’s also edited. It was another narrative which dealt with the drawbacks of drug dependency yet masterfully encompassed within the realm of horror. This collection also features other spine-tingling yarns by exceptional storytellers. You can read my review of it here.

Most passages of Stray were simply breathtaking to go through. An example:

We’re all suicidal, Tom had thought back then; everybody was constantly on the verge of a breakdown but just coping with their misery until death happened naturally. (Matthews, Mark. Stray (Kindle Locations 2260-2262). Wicked Run Press).

The above extract proves that Matthews is as equally adept at literary fiction as he is in penning horror. There is so much versatility on offer here that you never feel as if there’s a lack of immersive content in the book. The only negative aspect that I could detect was the ever-changing perspectives, and sometimes you’d be wanting to know more about what one particular character is going through, before the point-of-view is suddenly altered again. However, the positive factors of the book largely outweigh its singular flaw.

To end with, Stray is one of the finest novels I’ve read this year, primarily due to the complexity that’s associated with classifying it as a single genre. I’d love to adapt it as a screenplay if I ever got the chance.