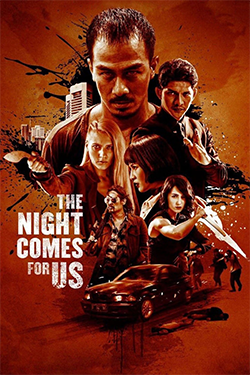 Not since The Raid series and Headshot has there been another epic entry into martial arts film territory—not until The Night Comes for Us was released on Netflix, that is.

An Indonesian crime thriller from the director of Headshot (Timo Tjahjanto) and two stars from the foremost Raid flick (Joe Taslim and Iko Uwais), The Night Comes for Us borrows elements from both afore-mentioned movies, bettering Headshot as an adrenaline-pumping extravaganza, while falling short of The Raid and its sequel’s originality. One reason for this lack of uniqueness could be that Gareth Evans (The Raid series’ filmmaker) did not direct this motion pictures, and also because the film did not feature Uwais in the lead role.

Moreover, this picture is let down by a super predictable plot and some action sequences which were just too far-fetched. Blood and gore in this genre is acceptable but here it’s pushed to the absolute limit – whether or not a viewer likes this factor is up to their personal opinion.

I also have to mention the awesome action choreography regarding the female performers. This is perhaps one of the best films since The Raid 2 to showcase femme fatales in hand-to-hand combat. Julie Estelle makes for some enticing eye candy as well.