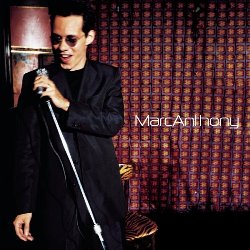 Towards the end of the 20th century, a multitude of Latin artists crossed over to the American market. Marc Anthony was no exception to the rule.

His 1999 eponymous solo English debut is filled with romantic ballads. And that’s also what causes its downfall.

The Grammy-nominated I Need to Know is the best song off the collection. It’s followed closely by the touching How Could I, My Baby You and You Sang to Me.

Lyrically, How Could I is the ultimate single. Although, many of the serenades exhibit exquisite heart-warming verses, they are not as catchy as this one.

And that’s wherein the problem lies. There are too many slow songs and not many fast ones. Only 4 songs out of the 12 are swiftly paced. Majority of them are easily forgettable.

In the end, Marc Anthony doesn’t have Ricky Martin’s charisma or Enrique Iglesias’ seductiveness, but his voice is superior to both. Yet, this still doesn’t turn his opener into a replayable record.