Father and son share the screen for the first time in Forsaken (2016). And the production matches their caliber.

A gunslinger (Kiefer Sutherland) returns to his hometown to make amends with his father (Donald Sutherland), while their society is a host to cold-blooded outlaws. 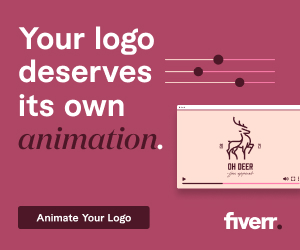 Let me elaborate on my opening statement. Kiefer and Donald have appeared in two movies before but never shared a scene. So, this is the first film of its kind where they not only share sequences, but are the top-billed actors.

To start with, reading the plot outline one would assume it’s a complete and utter cliché. I haven’t witnessed many Westerns but I’m a fan of the genre. Sure, the story is mediocre but it’s the direction of Jon Cassar (who has worked with Kiefer on the TV series 24), that gives it finesse.

What I most preferred were the dialogues. They are brilliantly penned by Brad Mirman who provided the screenplay. Even with such an average yarn, the spoken conversations carry a deep weight, and hit the right notes at the right time.

Secondly, the father and son character exchanges are high-class. Both Sutherlands are talented in their own right, but I never expected such effortless blood-related chemistry between the two. You can feel their verbal transactions beat in your own heart.

The supporting cast includes Brian Cox, Michael Wincott and Demi Moore. The latter suited her role as the love interest of Kiefer’s character John Henry Clayton. But I think Wincott stood out from other secondary depictions. And his enactment makes for one of the highlights of this feature.

There’s one part I really loved in Forsaken. It’s when Clayton enters a bar and when a fellow comes up next to him, he reaches for his weapon, forgetting that it’s not there as he’s retired from gunslinging. This was grand thinking from the creative team. Many of the unspoken sequences have such brilliant hidden messages behind them that are simply outstanding to view. Forsaken manages to accomplish so much in just a 90-minutes duration.

There aren’t a lot of adrenaline-pumping episodes but the minority of them are well-crafted. Furthermore, the lack of them allow Mirman to concentrate more on characterization than stereotypical dramatization of events.

Costume design and overall cinematography is top-notch. There are multiple scenic shots, especially at the onset, that allow Forsaken to become not only a picture with amazing characters but with picturesque details complementing the mise-en-scene. The set design is as good-looking as the stubble-sporting hero.

Another plus point is the implementation of religion. Donald plays a Reverend while his son’s figure is a man who has stopped believing in God. I found that aspect of the story quite compelling. This is particularly true when the younger Clayton tells his father that he had stopped having faith in the Almighty after participating in the Civil War. It’s truly an unforgettable display which will bring audience members to tears.

Forsaken is outright predictable. You might have even guessed the conclusion after watching the initial 10 minutes. Even the events that occur between the running time are foreseeable. Interactions have depth but incidents can be seen coming from a mile away.

The biggest setback for Forsaken is that it has nothing new to offer. When you watch it you’ll be reminded of so many typical action B-movies. Not to mention other Cowboy pictures. This is primarily due to the narrative being regular, though the uniqueness of the discourses make up for it tremendously.

Forsaken lives up to the status of the renowned father-and-son duo. It has a commonplace storyline but Kiefer Sutherland’s powerhouse performance renders it null and void. This Western does not forsake the importance of an awesome script.