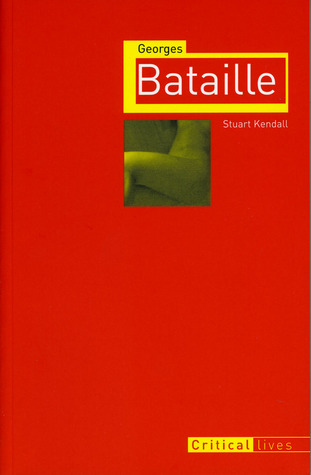 Not only does this biography provide a significant overview of Bataille’s life from early ages to his demise, but it also outlines how his life has remained a pivotal influence on his works. Bataille never held a degree in philosophy but on the trial of a friend claimed that he was a philosopher. Indeed, Bataille might have never been officially a thinker, but unofficially this writer was able to review other contemporary authors’ works in local French journals while also showcasing his point of view on them, and including his yarns when allowed.

Bataille was also a prolific wordsmith of essays and Stuart Kendall, the editor of this text, has translated and edited two collections of them: The Unfinished System of Nonknowledge (2001) and The Cradle of Humanity (2005). Yet, Bataille’s bibliography of essays themselves are so vast and including his fiction, form an encyclopedia of knowledge.

The best aspect of this biography is how it continuously portrayed Bataille as a misunderstood person of letters. His contemporaries, primarily Jean Paul-Sartre, were more influential during their time, and this also explains why many in this century many have heard of Sartre but not come across Bataille (and this included me until I came across Story of the Eye and this critical analysis).

It’s easy to comprehend why Bataille was misunderstood, this was mostly due to his combination of eroticism and mysticism. Whereas, other philosophers were more optimistic in their viewpoints, Bataille offered a pessimistic perception in all his creations.

This is largely due to his favorite philosopher being Friedrich Nietzsche who was a pioneer of nihilism. Bataille’s bibliography is filled with nihilistic thoughts, from Story of the Eye to Tears of Eros, all these papers are lined with no light at the end of the tunnel instead of there being a way out. I found Bataille’s works to be more realistic of the conditions he lived through, which included a sickly father, a varied but debauched sex life, and going through two World Wars. If those aspects aren’t enough to make a person depressed then he is a fatal optimist indeed.

In Story of the Eye, I found most intriguing how what actually happened during Bataille’s life influenced this phenomenal tale of erotic fiction. Bataille actually attended bull fights and this makes a vital impact on one of the portions of the novella. Like Story of the Eye, another story by Bataille titled Madame Edwarda has an incomparable plot. But all these sex-fused narratives have one point in common, and that is the deflection onto page from Bataille’s own life. He might have lived in sad conditions but how these influenced his body of literature have been innovative by showcasing Bataille’s thoughts as being ahead of time.

I also favored Bataille’s philosophy of eroticism. He thought it represented both humans and animals alike. He considered sexuality as only viable to procreation but reckoned that eroticism helped exhibit our innermost desires. I have never come across a more profound explanation on eroticism until I read Bataille’s works and this splendid biography.

To end with, Stuart Kendall has compiled a mind-opener in only 192 pages. And for people looking for a sensual take not only on literature and fiction, but also on the world, with these perceptions being a mirror of reality even to this day, will find this text an ideal example of nonfiction.